I’ve always had a strong appreciation for artists with smart ideas and unique projects. That is why when I saw the Artbag series I was intrigued to find out more about these cool pieces of design and the person behind them. Their creator is Debra Franses Bean, a London based artist who has also spent time living in New York. I met her on a beautiful afternoon, at her cozy home in the glorious British home counties. She shared her artistic story, full of colour and feelings.

Debra, you are an artist with an impressive background, but also a teacher. Let’s introduce you to the readers. How would you describe yourself in a few phrases?
I come from an international family of educators and luxury handbags, hats and leather goods merchants, so teaching and absorbing the world of luxury is in my blood. I suppose really, I see myself as a complete synthesis of high end luxury and downright earthiness whist being a global citizen. I’m fiercely feminist and deeply romantic.

Did you imagine years ago that you’d be able to do the Artbag project?
I’ve always had a strong sense of self-belief and have applied this to everything I have ever done.
From Artbag’s embryonic moments, I’ve always known that I would build the concept into something that would touch people’s lives. I didn’t have an exact plan of how Artbag (www.dfbean.com) would form itself into a viable commercial operation or indeed nor did I ever consider what materials I would use. But I always knew that the bags would help define my career and that I would be the main protagonist in my artistic story. 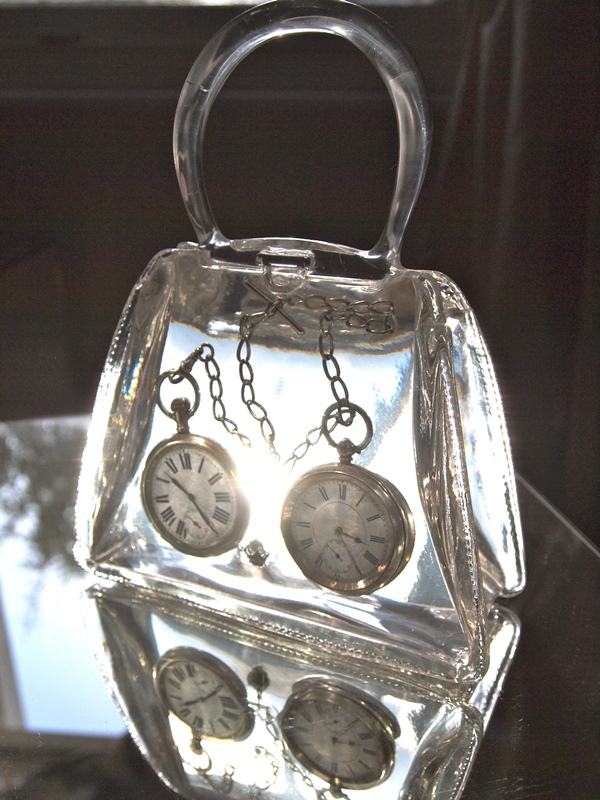 How did you start the Artbag project? Was it something that you had a burning passion to create for a long time or did the idea come to you in a moment of inspiration?
The idea for Artbag evolved from one that originated whilst I was studying at St Martins School of Art (2002-2005). During one of my first casting projects undertaken as part of my degree, I adapted a beautiful, but rather impractical bag from a luxury couture house into a silicone mould ready for casting.

From there I cast the first bag in heavy white plaster. I’d recently married and was finding the transition to my new stage in life as a wife rather challenging. As part of the plaster sculpture I created a wedding invitation that said “to have and to hold”; this became the name of the bag. I then added drawing pins around the handle to represent discomfort and impracticality and the blood spilt when you give yourself to another whether it’s losing one’s virginity or one’s individuality. This culminated in the creation of a beautiful object that highlighted the duality of my own feelings at the time about marriage.

From that point onwards I always had the notion to develop Artbag and I hot housed the idea with a diverse group of international students and tutors whilst at art school. The next bag was called ‘Catch’. It was made in resin with a goldfish inside it and presented in a tank of water and on a plinth, representing women who’d married for security and found themselves trapped, again symbolising how I was feeling at that time. Putting the butterflies in the bags was a similar idea but had a different meaning, freezing time by catching and preserving beauty. Another early bag was called Restraint. It was made with a metal frame covered by tailoring elastic used to make male and female underwear. A gun was inserted into the elastic and was pushing out of the bag to represent the explosive tension and friction of the male organ and a female’s heightened emotion.

After leaving art school I launched Couturious, a boutique fabric and wallpaper business, with prize money from Digitex, a leading digital print company. They printed Andy Warhol fabric and wallpaper and saw a link to pop art in my handbag sculptures. One of the wallpapers created was used by Harvey Nichols and Selfridges in London. However I didn’t want my work to be purely decorative and mass produced so I quit making wallpaper. Soon after I had a baby and moved to New York City. This mammoth change in my life was such an inspiration to my art that I decided to start producing my first series of Artbags.

Building on my interiors background I quickly began creating a limited edition of Artbag lamps for Artware Editions in Greenwich, New York’s leading gallery for unique artist created homewares with works distributed through art museums. This work was featured in the New York Times and was my first proper Gallery show in early 2009. When I came back to live in London later in 2009 I had my next show, and my first in London. Artbag has grown since then. 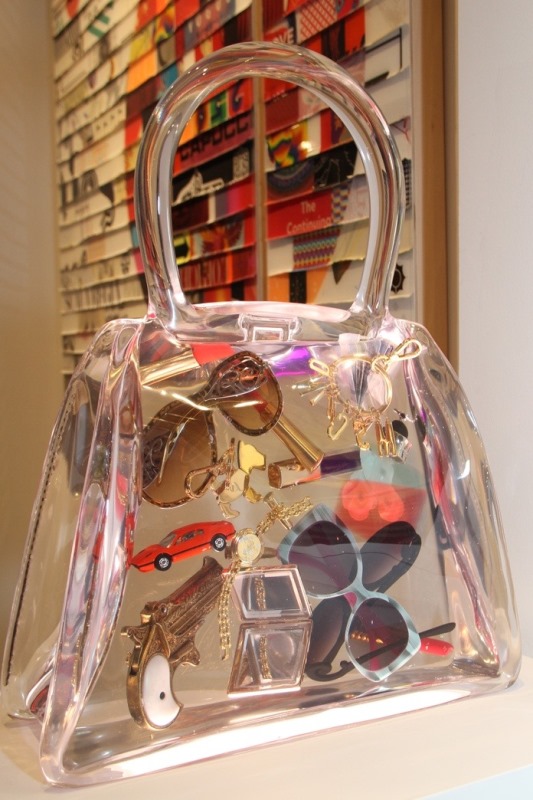 Artbag is a window into my soul

What does Artbag represent for you and where does your inspiration come from?
Artbag is definitely a window into my soul. The original bags were completely autobiographical, visualising how I felt about areas of my life. That has changed slightly as I have changed, but even now, each and every one of my bags, no matter if they are part of a collection or commissioned individually, are a distillation of who I have met, where I have been or what I witness in the world; because all interactions leave a trace in me which inspire my work.

Is it true that each Artbag piece weight up to 15 kilos?
I currently make two different sized Artbags and yes, the larger ones do weigh 15 kilos. The smaller ones are just under 2 kgs. 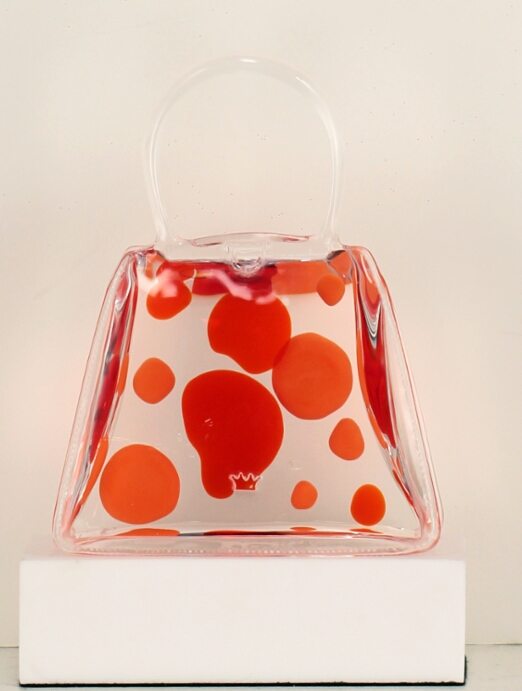 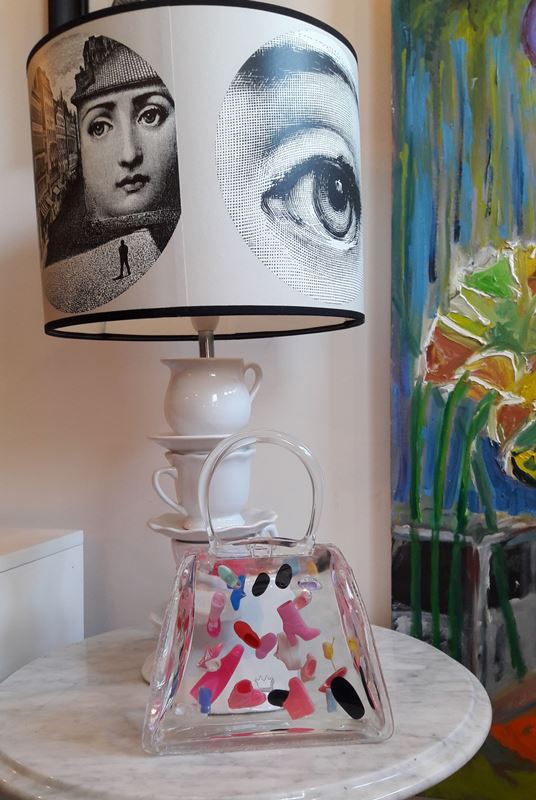 What is the process of composition and how long does it take to make one bag?
Depending on which size bag I’m making and the relationship with each client, on average it takes between a few weeks to 3 months to create a bag. Some commissions can take many, many months as the process is built around intellectual conversation and collaboration with the collector, the whole point of which creates a unique artwork in which they are the muse and receive something that represents their world through my eyes.

Have you ever counted how many bags you’ve made?
I’ve created over 50 unique designs, some in editions of 10, these include dollars, lipsticks, guns, pocket watches and Lollypops. In total there are in excess of 250 Artbags in existence.

People from all over the world collect your work and it is shown in galleries from your native London, and also in Europe and the Americas. Are your projects exhibited in cities all over the world?
Artbag is an international concept with a global audience. Sculptures are shown in galleries across the world and I now have collectors who reside in all continents with works housed in Switzerland, Russia, America, Hong Kong, Cape Town and Caracas. Of course there are some clients who purposely have asked me not to disclose their bags, content or location. As you can understand, these are deeply personal and private artworks and clients’ anonymity must be preserved. I have also created commissions for the Coca Cola museum in America which were featured in their global tour for the 100 year celebration of the Coca Cola Bottle. My work was featured alongside pieces from my art heroes (this was a real confidence boost for me and my collectors). I’m currently producing a sculpture to be used in the media for a Russian Medical Centre which specialises in providing the highest quality care to its patients.

I’m looking to create a 4 metre Artbag in a shopping area where people can interact with the sculpture.

What still needs to be done, generally speaking?
The list is long, I’m only just starting as this is a life project. For now I’d say, I’m looking to create a 4 metre Artbag in the middle of a luxury shopping area, where people can interact with the sculpture and become the object within the bag. I’m also starting to revisit some of my original ideas and expanding them, I am still fascinated by the memories and emotions that are captured within objects and I am now just more ambitious in the way that I execute my projects.

Where is your happy place?
In great company, whether alone or with those who matter me. It’s always aided by being close to water or candlelight.

If you could be remembered for one thing, what would it be?
Undoubtedly for encouraging and empowering young people to develop their creativity and blossomas individual citizens of the world. I set up an art school for children in 2013 and in 2016 became head of art and design at an international senior school.

Fully recovered from breast cancer, my wish is continued good health and happiness.

There are people who collect paintings, books, music albums etc. What do you collect?
People and memories. I’ve just moved house and decided to take into my new home only the things that I cherish most. I realised that I have stockpiled photographs – just in case my memory fails one day. The Artbag project is about finding objects that symbolise a moment in one’s life, stir your memory and whisk you back to the time to what the object represents.

What is your biggest wish for the near future?
Having recently fully recovered from breast cancer, my absolute wish is continued good health and happiness. 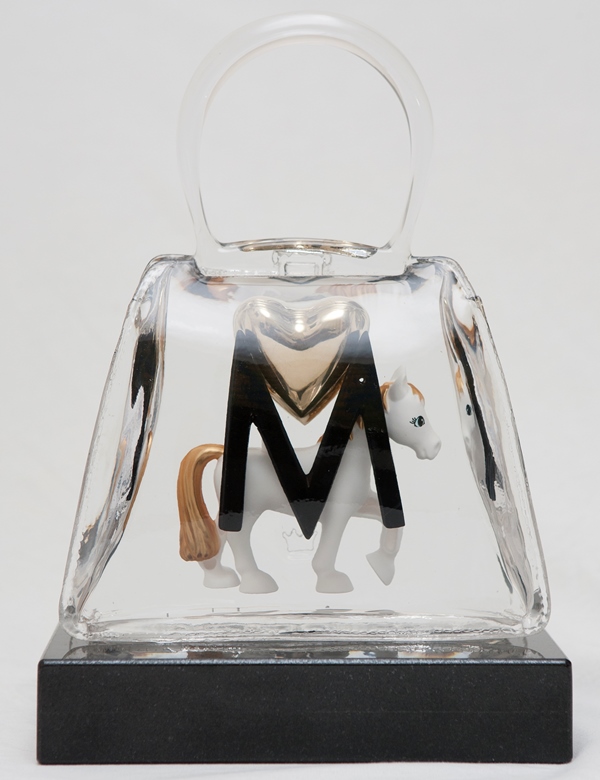 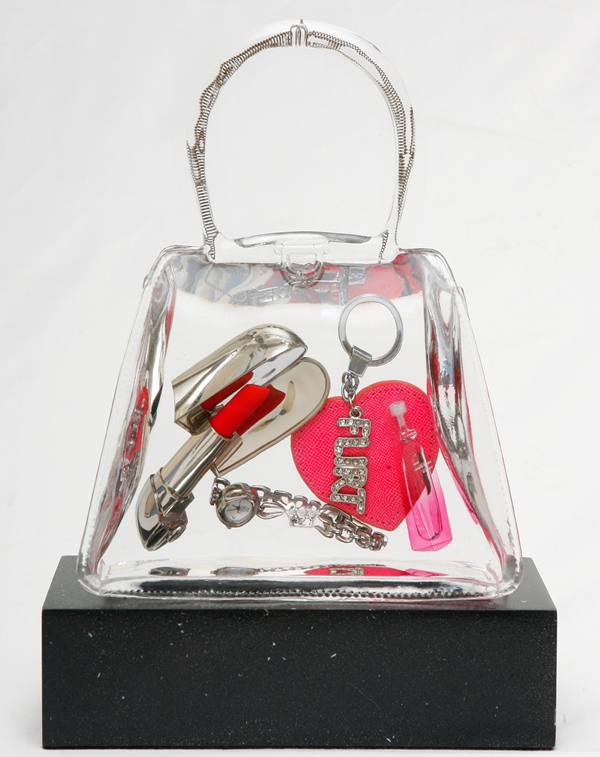 The interview has been published in FABUK magazine, in London, UK, May issue 2017.